Don't Have Time To Read the Entire Guide Now?

We'll email you a downloadable PDF version of the guide and you can read later. 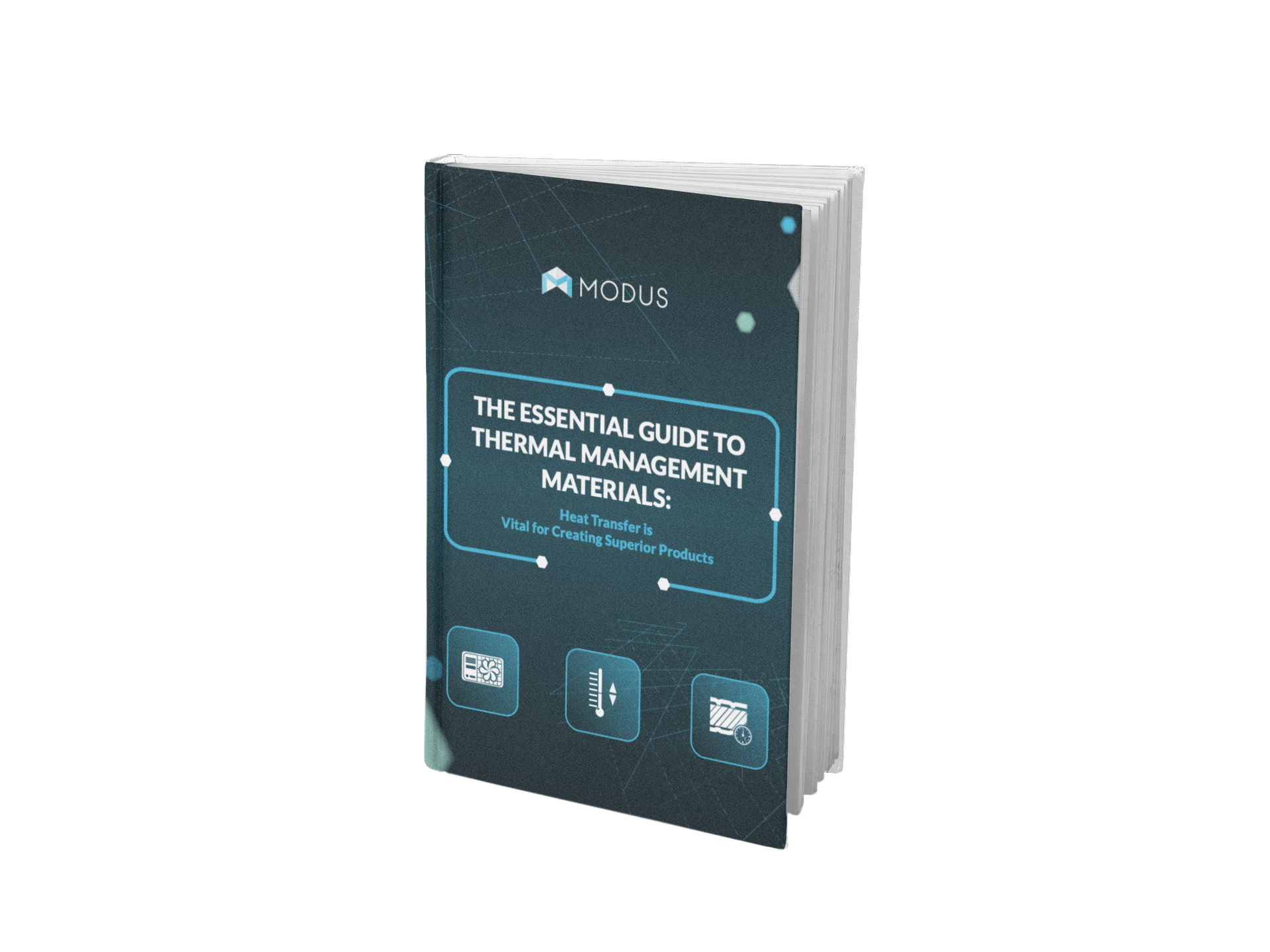 If you are reading this guide, you have likely been tasked with designing reliable, high-quality products that need to perform consistently in the “real world.” The ability to effectively transfer heat is vital to performance and reliability. Products that generate heat need an effective, thermally conductive solution. This white paper is a technical discussion of the choices for thermal conductive solutions in a variety of applications.

In electrical products where heat is generated, it is necessary to conduct heat away from vital components. In applications where direct forced air or liquid cooling are not possible, a Thermal Interface Material (TIM) is often used to transfer heat without altering a device’s physical properties or affecting product performance.

In some cases, electrical isolation is also necessary. Electro isolation with heat transfer requires a material that has high thermal conductivity with high electrical insulation properties. It is essential that the material used to transfer heat meet certain criteria, including compression force and heat transfer according to U, K and R values.

This situation is repeated in the common heat sink that is used on the tab of a semiconductor device, such as a TO-220 package. For the TO-220 package, the metal tab on the package is compressed to the metal heat sink through torque using a nut tightened on a bolt.

In situations that require the tab to be isolated, a TIM and nonconductive bolt are used.

Dielectric Breakdown Thermal Interface Materials are specifically designed to transfer heat while exhibiting a compression force characteristic that accommodates both the component that is creating the heat as well as the device that is being used in order to dissipate the heat.

The rate at which heat passes through a material is its thermal conductivity.

Thermal conductivity can be measured using equipment such as the Hot Disk 500S. This instrument uses a sensor that applies a constant power and simultaneously measures the temperature of the probe.

Dielectric breakdown voltage is the potential where a non-conducting material becomes conductive.

Dielectric testing consists of placing electrodes on both sides of a TIM and applying an increasing amount of voltage until a current starts to flow.

As surface mount components replace through hole designs, there is a need for solutions that offer better thermal conductivity. Case mounted tabs are no longer the norm. Instead, surface mount packages transfer heat directly to a circuit board. Although the board is flat, there is often a difference in heights for the various packages of the board-mounted components. As for surface mount packages that do have heat sinks, there is also a need for a manner in which to transfer the heat from the package to the heat sink.

Air Gaps Thermal Interface Materials (TIMs) are designed to fill in air gaps and microscopic irregularities, resulting in dramatically lower thermal resistance and thus better cooling. Unlike still air, which has a low thermal conductivity, TIM is purposely made to conduct heat. 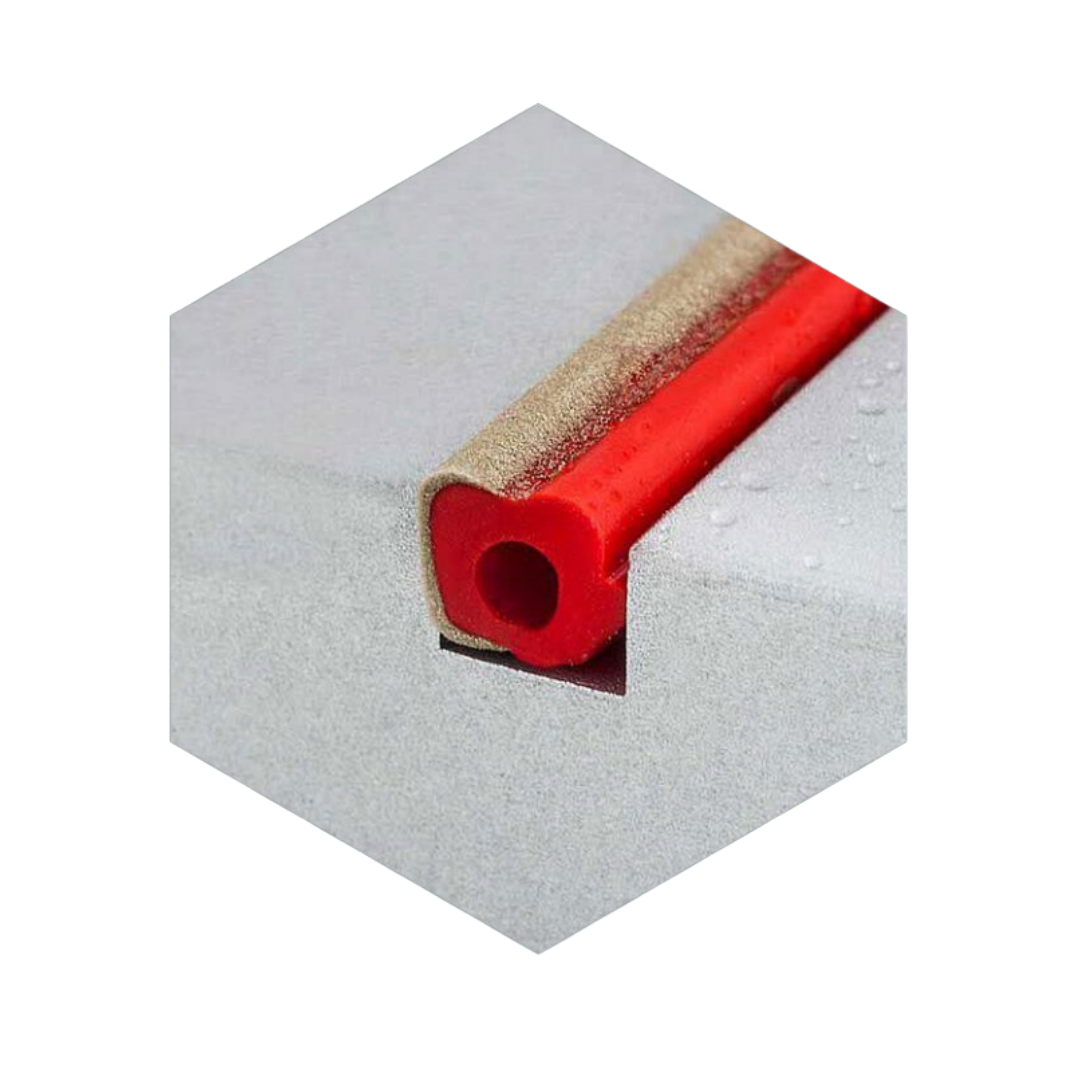 Thermal Interface Solutions Typical TIM ratings are between 1 and 5 W/mK, with the more advanced materials hitting numbers above 7 W/mK. TIMs are hitting these numbers while exhibiting a shore hardness that conforms to the component’s package in a manner that offers the lowest combined thermal resistance.

A TIM is one element of the cooling chain. Thermal resistances determine the amount of heat that is transferred from the heat source (in this case, a semiconductor chip) to the ambient environment (usually air or in some cases, a liquid cooled plate).

Thermally conductive materials are used in a variety of applications. Printed Circuit Boards (PCB) often dissipate power, which results in a temperature rise among various components. TIMs are used to wick the heat away from the components to a heat dissipating media, such as a liquid cooling plate or heat sink. 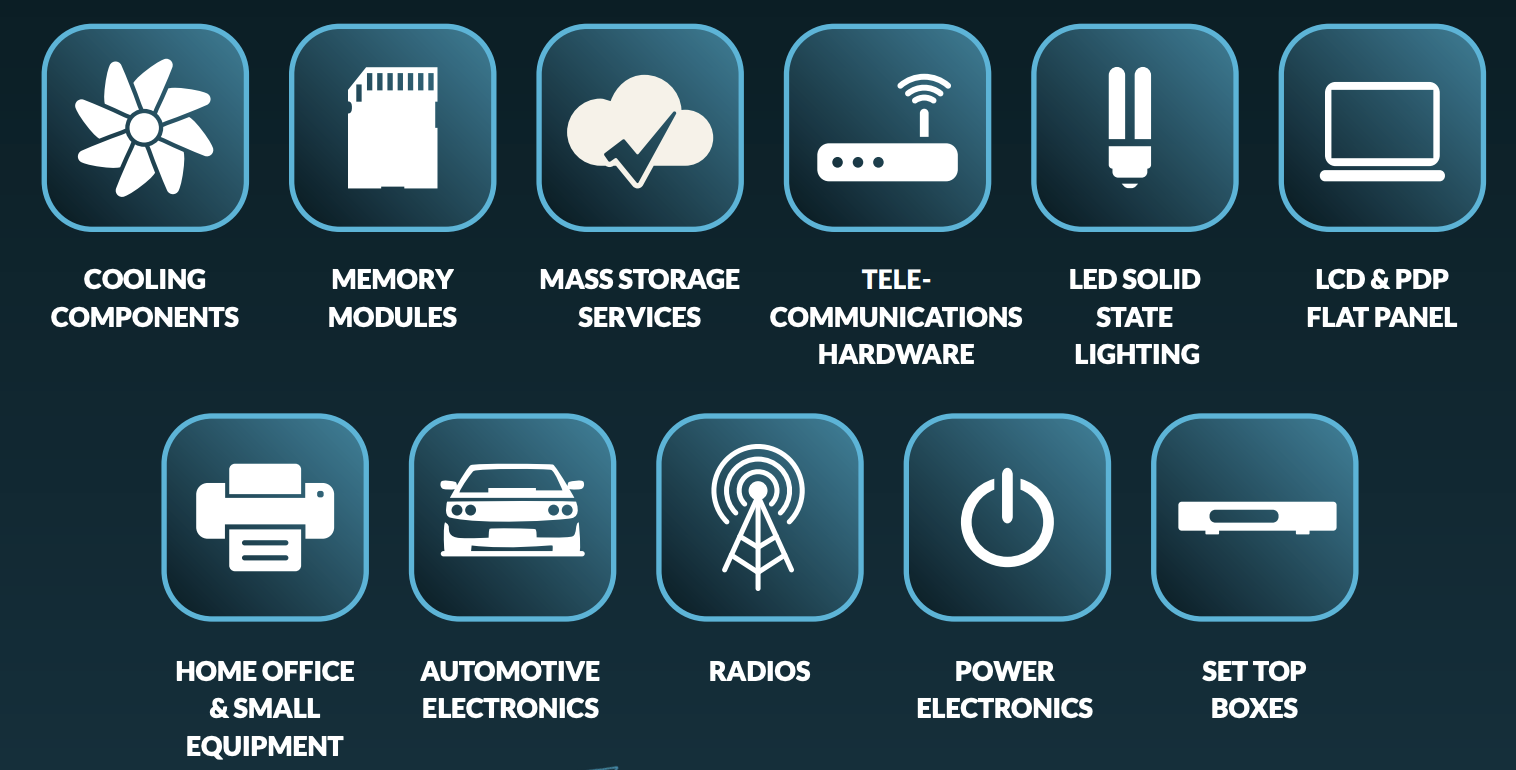 Polymer TIMs that provide a thermally conductive solution and effective shore hardness are often composed of a polymer type material. The product composition of a common TIM incorporates the polymer as well as a coupling agent, function filler, filler and pigment that provides the TIM color.

Thermal Pad Converting Thermal pads are cut to the dimensions of the product package that requires heat sinking. By making the pad as large as the package, maximum surface area is achieved, thus creating the lowest possible thermal resistance in terms of the package plane.

Effective TIM products are available in either Form-In-Place (FIP) or Pad arrangements.

There are a few ways to minimize cost with items like these.

Further cost savings could potentially be realized by the use of a higher-performing TIM paired with a lesser heat sink.

OTHER DESIRED FEATURES FROM THERMAL PADS:

Selecting the right thermal product can be challenging. A good converter or manufacturer can help you select the right process (Form-In-Place or Die-Cut), as well as the best materials for your project.

Consulting with experts during the design stage can result in lower cost and better performance.

Effective heat transfer is vital to creating efficient and reliable products. Although great gains are being made in reducing the amount of heat that is produced, there is still a need to transfer heat in order to increase longevity.

Want more information? MODUS Advanced can help with all of your thermal management material selections. Contact Us to learn more about how we take your Idea to Ignition.