This medical device company produces robotic devices used in the care of patients. The particular product being built required being used in direct contact with a patient’s internal anatomy.

The company had a long standing relationship with Modus Advanced and has partnered with them for many years as a supplier of custom components. When it came time to begin design work on a new robotic part for one of their key series of products, the lead manufacturing engineer on the project turned to Modus Advanced for support. 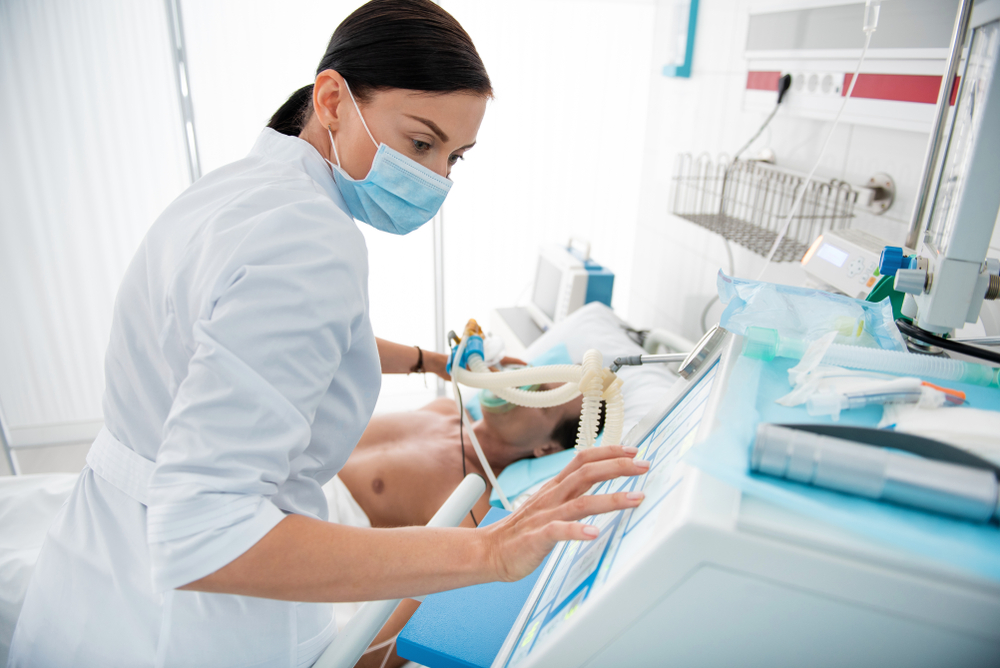 Getting the Design Right

The team brought Modus Advanced in early during the prototyping phase to help acquire, cut and prepare a thermal adhesive.

The purpose of the thermal adhesive was to dissipate heat around the sensor on the portion of the robotic part that would directly touch the patient. There were a couple of very big challenges to getting this particular part just right:

Because they knew the stakes, the medical device company built a process to quality check the temperature of the finished product to ensure no product they sent out to market ran any risk of burning a patient.

The struggle they turned to Modus Advanced to help solve was that of assembly.

What the engineering team was finding was they were having to scrap way too many parts at the end of assembly because the techs simply couldn’t get the small strips of thermal adhesive placed correctly to dissipate enough heat, thus causing a large variability in the thermal performance and built end product. It should be noted that it got to the point where the techs themselves could immediately tell if they would have to scrap a part before it even had to be tested.

So the lead engineer on the project worked with the team at Modus Advanced to do some rapid prototyping on the thermal adhesive to get the design to the point where it was much easier for a tech to be able to assemble it properly.

Together Modus Advanced worked with the medical device company to determine if there were different ways to cut the part, or different materials that could be used for the part, to make it easier to work with. Through a series of design iterations, Modus Advanced was able to create a repeatable method for producing the pre-cut thermal adhesive that made it much easier for techs to place, significantly reducing the number of scrapped parts.

Because they worked through this early in the design phase, the company was able to get the part built right before scaling production to mass levels.

Made a huge difference in our ability to scale production...

“Modus’s willingness to engage early in the design process, and iterate the part with us until we got it perfect made a huge difference in our ability to scale production of the product.”

One of the primary reasons the team turned to Modus Advanced was the deep relationship they already had with them. As a partner, Modus Advanced focuses on solving whatever challenges the company’s engineering teams put on the table.

The medical device company continues to work with Modus Advanced because of the level of service they provide, the quality of parts they produce, and their willingness to dig in and solve problems.

Modus is a completely different experience...

“The best part about working with Modus really comes down to how much they care. You can see it in their service level, willingness to solve problems, and responsiveness. Many suppliers are not very easy to work with, but with Modus it’s a completely different experience.”

Speak to an ENGINEER today.

We strive to get every quote turned around in 24 hours or less to make sure you get the information you need faster.