We all know that necessity drives invention and paves the path to progression, so when Elon Musk found himself in traffic during his commute between SpaceX and Tesla, the idea of faster and less congested travel became imminent...Enter the Hyperloop.  In 2013, with the help of volunteer engineers from SpaceX, Elon’s idea evolved into a white paper called “Hyperloop Alpha”, aka: The Alpha Paper.  The Alpha Paper outlines every aspect of this new technology engineers could conceive; from design of the tube and capsule to the method of propulsion. The proposed route is a 350 mile round trip journey from LA to San Francisco, testing subsonic speeds for feasibility, functionality and ideally, comfort.

Our waterjet technology along with the rest of our broad range of products have made us a leading manufacturer of innovative engineered solutions and processes.

Given Elon’s current fascination with electric cars, solar power and space travel, he wanted to invite the evolution of his idea to the engineering community at large, thus making this transport technology open sourced. In 2015, he announced the Hyperloop Competition which encouraged some of the greatest young minds of our time to showcase their diverse innovations. With hundreds of entries received from college and high school students from around the world, UC Berkeley's Hyperloop (or bLoop) team was selected to participate in this event. 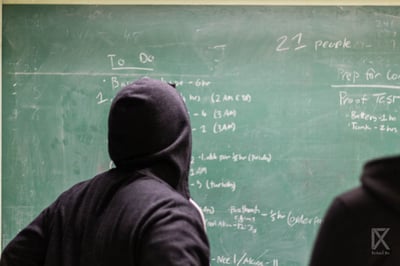 Their challenge was to explore the boundaries of physics and design a pod that will stand up to accelerating, levitating through the Hyperloop tube at 620 mph and then successfully and safely braking at the end of the mile-long track. As you can imagine, designing a tube over or under the ground requires a special environment and a lot of innovation. The logistics of creating an initial transportation route and designing the capsules (pods) to transport passengers requires significant amounts of time and planning, designing, and redesigning. Not only that, but safety, cost, and sustainability also need substantial consideration.

Much like Elon asking for input on his idea, these young engineers had to rely on the support and expertise of leaders in their community. With only one year to build their pod, the bLoop team quickly realized that to make their idea come to life they would need to reach out to manufacturing design engineers. The Chassis group approached Modus Advanced Inc. for their expertise in waterjet cutting the aluminum panels. The Modus™ team looked forward to offering solutions to efficiently complete the design and build cycle of the bLoop’s first generation, pressurized pod. Every step of the design and manufacturing process of the pod was methodically planned and carried out through multiple, regularly scheduled pre-production planning meetings. This collaborative system allowed all team members to be directly involved in each part of the production process, leaving no aspect unexplored.

Unfortunately, the first chassis proved to be too heavy with less than ideal aerodynamics so the bLoop team had to go back to the drawing board to design a sleeker, lighter and ultimately faster pod.  With only one semester left before the competition weekend at SpaceX they regrouped with the crew at Modus™ to realize their vision. The tooling for their second generation chassis began to take shape with the help of the high-precision Flow International, 8 head waterjet at Modus™.  This ultramodern piece of equipment swiftly processes large cutting orders, allowing the team to meet crucial production timelines.

When challenge day arrived, the bLoop team passed all the functional tests they could run but unfortunately didn’t quite make it to the highspeed Hyperloop tube due to a few issues with their control system along with competition time constraints. While the team didn’t go as far as they had hoped in the competition, the feedback from SpaceX on their pod design was well worth the trip. They left with a humble appreciation of going up against some of the brightest engineering teams in the world and a sharp vision to focus on in preparation for next year.

In life, there is one thing you can count on and that is change.  As the bLoop team prepares fo their next Hyperloop competition weekend at SpaceX in 2018 it is time to pass the baton.  With graduation on the horizon, some team members must focus on their thesis and their careers while new members step up and add their fresh perspective to the solid engineering base of each technology group within the team.  A sense of hopeful optimism prevails as each subgroup of the bLoop team expands upon the tough lessons learned with generation 1 and 2.  They are striving to perfect their understanding of chassis design, signals and controls, acceleration and eddy current breaking as well as levitation. Having the right tools and options are invaluable to the creative process and transition into the next phase of the design and Modus™ will be there to support the bLoop team in whatever direction the group’s design takes them. 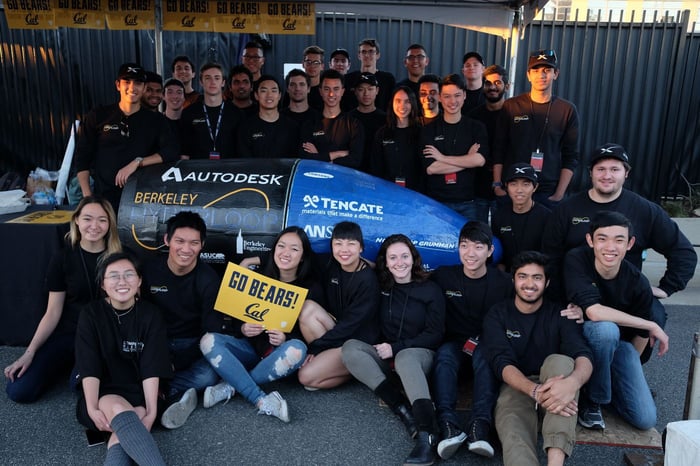 Working with the students that make up the bLoop team provided an inspiring glimpse into the next generation of engineers and further encouraged the importance of investing in technology, an integral value of Modus™.  The high-performance waterjet cutting used to create parts for the Hyperloop pod is only one of the many manufacturing capabilities Modus™ utilizes to comply with even the most intricate design specifications. Looking forward to seeing what the bLoop team has envisioned for next year, Modus™ maintains a strong interest in supporting the Bay Area mechanical engineering community, especially if it involves reducing traffic.