Modus Advanced, Inc. is the North American Production Partner for Nolato Silikonteknik. Because we stock the complete line of Nolato’s Trishield form-in-place gasket materials as well as Nolato’s Compatherm Pad thermal interface products at our Livermore, California manufacturing plant, it is a slam-dunk to dispense Nolato’s Trishield 2.0 and Nolato’s original Trishield products on both customer supplied RF shields and as part of the SigShield™ product realization process. We also provide a wide variety of manufacturing methods to cut Nolato’s Compatherm materials to your unique and exact configuration.

Jumping in, we’ve been impressed with how the folks at Nolato Silikonteknik have leveraged their materials expertise to help customers deliver on their promises. In the case of Trishield 2.0, Nolato’s material engineers were able to make some dramatic cost and performance improvements when compared to the older D-shape form-in-place gaskets.

How does this benefit design engineers, and ultimately, our OEM customers? Let’s find out! 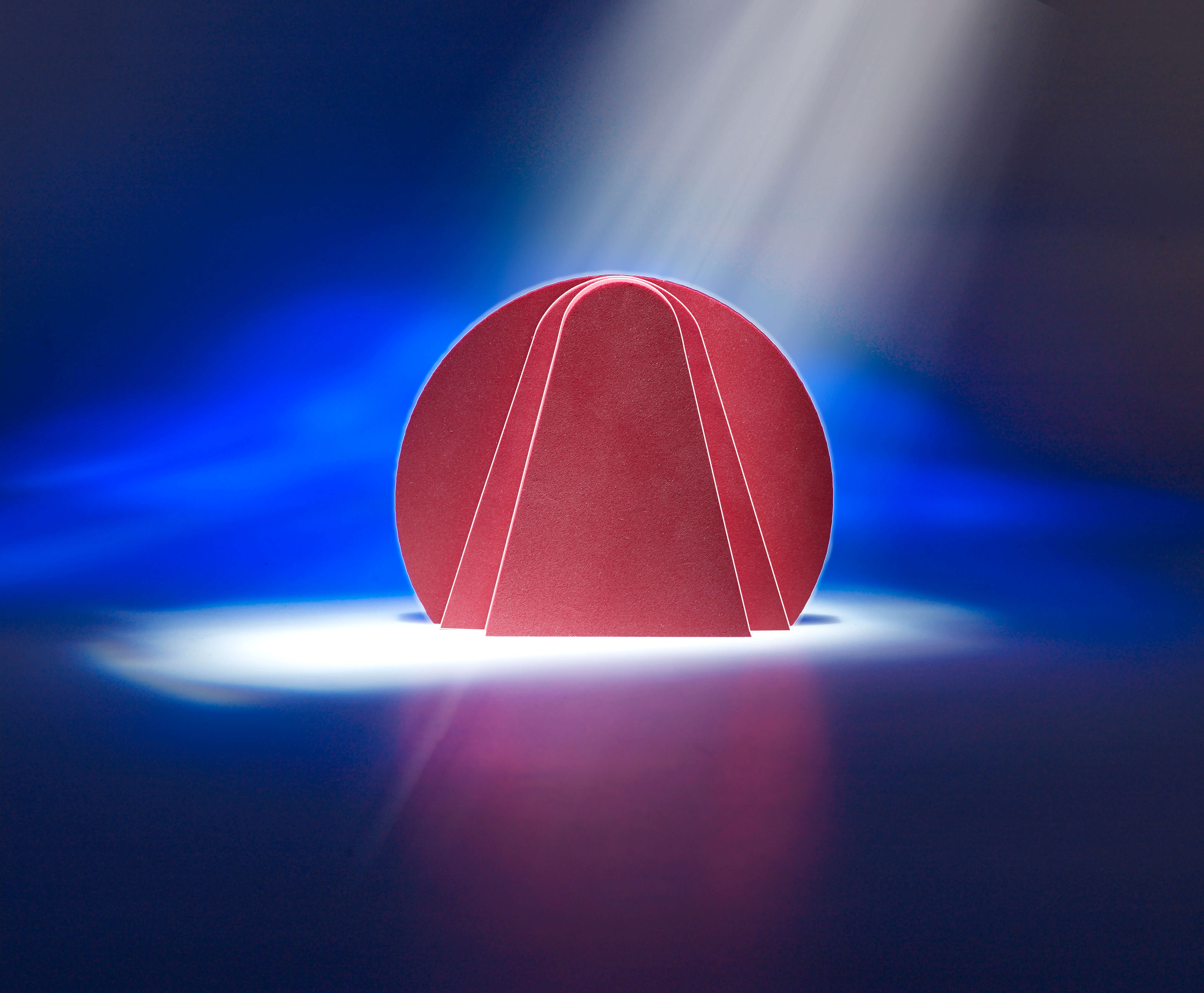 I find it interesting that image above can probably tell the whole story. It shows a smaller footprint, less material, and clearly a more efficient design than the old D-shape gaskets. But for good measure, let’s dive into Trishield 2.0 and put pen to paper, or rather fingers to keys.

For those who don’t know, Nolato’s Trishield form-in-place (FIP) gasket materials are typically used as part of a system to help control electromagnetic interference (EMI). The FIP materials are dispensed directly onto a machined or cast aluminum shield.

The shield and gasket are then put through a magnetic forming process where the conductive gasket literally takes the shape of a triangle. The assembly is then heat-cured before final QC and shipment.

Wait - Hang on a Minute!

Just Give It to Me Straight...

Rather than simply rewriting the Nolato 2.0 brochure, let’s dig into the how and why behind the benefits talked about in the brochure. Your time is valuable, so let’s cut to the chase:

Claim: You need a form-in-place gasket on your RF shield.

Response: Modus Advanced obviously dispenses form-in-place gaskets, so of course we’re going to suggest using a gasket on your RF shield! In our defense, it makes a lot of sense. A conductive form-in-place gasket plays the important role of connecting the PCB to the aluminum RF shield.  The gasket provides the conductive bridge between the two. Without the gasket filling the inevitable gaps, engineers risk EMI emissions issues.

Claim: The physical size and shape of the electrically conductive form-in-place gasket can have a material impact on the performance of your product.

Response: Trying to draw a connection between the physical characteristics of the FIP gasket and end product performance is a big claim. We will certainly do our best to support the claim in this blog and future blogs. Without getting into too many details, the triangle shape of Trishield 2.0 combined with the smaller form factor means designers can differentiate their products by packing more features into the same size package. All things being equal (granted, they’re never equal), more features and better performance could mean the difference between your company winning a particular contract or losing it to a competitor.

Claim: The wall thickness or gasket shelf width can be reduced by using Nolato Trishield 2.0.

Response: Yes it can be reduced!  We can obtain a similar gasket height as the D-shape but don't need as much gasket width to do it. If the gasket shelf width can be reduced, design engineers can potentially increase the size of the PCB inside the case or box. More space on the PCB means more functionality and capabilities. This is a differentiator!

Claim: Trishield 2.0 reduces gasket compression requirements by 75% (really up to 80%, but let’s be conservative).

Response: We know the FIP gasket plays an important role in bridging the gap between the printed circuit board and the aluminum housing or shield.  It turns out the amount of pressure required to create the electrical connection matters. Using an EMI shielding gasket, requiring less closure force, can ultimately lead to 5% more space on the PCB.

5% more space might mean the difference between offering a particular function or benefit to a customer in the same size package versus not being able to offer it. Offering additional capability could ultimately play a role in being able to better serve a particular customer’s needs.

Claim: Using Trishield 2.0 instead of the older D-shape FIP gasket can result in a cascade of additional benefits, ultimately resulting in cost reduction and performance enhancements.

Response  Who doesn’t want cost and performance enhancements? Let’s think about it logically, if Trishield 2.0 doesn’t require the same compression force as the older D-shape gaskets, the number of fasteners required to compress the gasket can be reduced. Besides the obvious hard cost reduction in fasteners and threaded inserts, customers also enjoy the related labor cost reductions as well.

Response: How can this be? It’s simply particle alignment. What?  Nolato’s Trishield 2.0 form-in-place gasket material is formulated with particles that literally rise to the occasion! When the dispensed bead is put through the Nolato specific electromagnet, the particles start to almost stack up like mini-towers. They make point-to-point contact which is why we see better shielding effectiveness with less compression force. 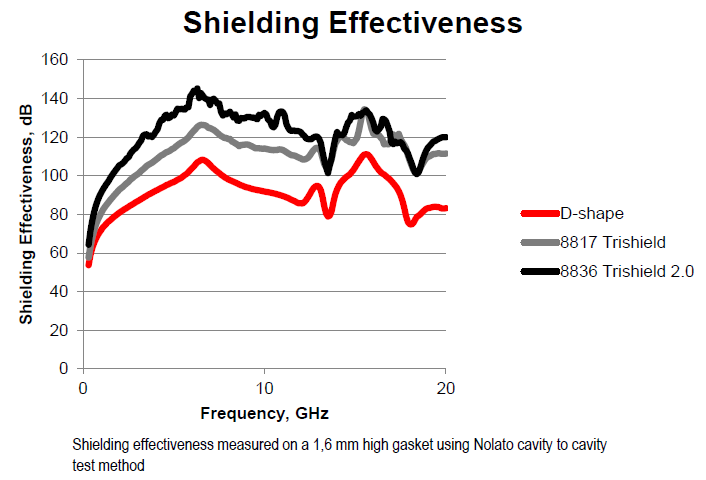 Claim: It’s after 5 PM and I hear McKay’s calling!

Response: So, I’m out of here! Until next time!

Receive a free copy of our Guide to Die Cut Gaskets